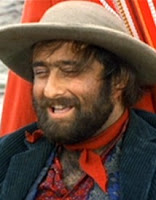 Italian pop idol Lucio Dalla has passed away, just short of his 69th birthday.
Dalla, well known for his hit Caruso, performed with Maltese tenor Joseph Calleja on the granaries last Summer, and took part in the recent San Remo festival. He is also well known for his songs Attenti al Lupo, Com'e profondo 'l mare and l' anno che verra'. Dalla had been visiting Malta regularly since 2007. Last summer he said: "The island is beautiful, the Maltese are fun, and I look a bit Maltese too." Dalla died of a heart attack in Montreux, Switzerland  where he was giving a series of concerts, Italian media reported.
Born in Bologna on March 4, 1943, he released his first album in 1966 with a band called "The Flippers". He wrote the song Caruso for Pavarotti -- a homage to opera legend Enrico Caruso -- which sold nine million copies.
"I am distraught," Pavarotti's widow Nicoletta Mantovani said. "He was a great friend of Luciano. A great artist and a great man with an enormous sensitivity. He was close to me in difficult times," she said.
Lucio appeared in two Euro-westerns: "A Fistful of Songs" (1966) and "Little Rita of the West" (1967).
Posted by Tom B. at 6:33 AM