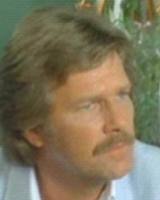 Roel Bos was born on March 5, 1942 at The Hague, Netherlands. Known to Spaghetti western fans as Glenn Saxson, his most successful role was as 'Kriminal' a popular comic book hero in two films which were similar to the Italian Diabolik. After appearing in several Spaghetti Westerns he produced a variety of films in the seventies under his real name. These included “The Profiteer” (Il Saprofita) and “A Virgin Named Mary” (Vergine e di Nome Maria). The films were a critical success and were entered in several prestigious film festivals including Cannes. In the early 90's he moved to Costa Rica where he built the luxury jungle resort Villas Rio Mar. Ten years later he returned to Europe where he now dedicates his time to his family. Saxson appeared in five Euro-westerns such as “Django Shoots First” and “Go With God Gringo” (both 1966) and “The Magnificent Texan” (1967). Today we celebrate Glenn Saxson’s 70th birthday.
Posted by Tom B. at 6:10 AM