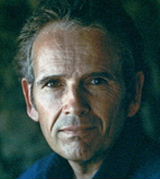 Leonardo Manzella was born on March 1, 1947 in Albion, New York. As Leonard Mann he spent twenty years in the TV and motion-picture industry, primarily in Italy being featured in several international productions. He was discovered by film-producer Manolo Bolognini as he was walking along Via Veneto and Bolognini, was impressed by his face that reminded him of Franco Nero and Terence Hill, and immediately put him on the screen, launching his career with the leading role of Sebastian in “The Forgotten Pistolero” (1969). Mann appeared in two more Euro-westerns “The Unholy Four” (1970), “Vengeance Trail” (1971). In all Mann has appeared in over 30 films and TV appearances. Today we celebrate Leonard Mann’s 65th birthday.
Posted by Tom B. at 5:29 AM