THE LONG DAYS OF REVENGE 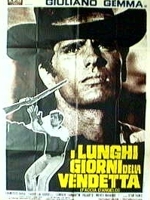 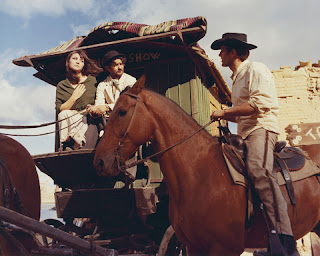 Ted Barnett, a young man who is serving a prison sentence for a crime he did not commit escapes from prison with the help of a fellow prisoner and heads for Kartown, a village near the Mexican border where it intends to right the injustice of which he was a victim and find out, also, the murderer of his father. The news of his escape reaches Kartown and warns several people: Cobb, a local tyrant; Douglas the corrupt sheriff; Dolly the girl that left Ted to marry Cob. Ted arrives unnoticed in the area accompanied by a drifter and his granddaughter Dulcy. Arriving in Kartown, he discovers that behind the conspiracy is a flourishing trade in weapons for the Mexican revolutionaries led by Cobb and with the connivance of Douglas, a trade for which it was necessary for the smugglers to get hold of the railroad owned by Ted’s father. Barnett’s revenge begins to take place, methodically and relentlessly. When the final battle seems to be resolved in favor of Cobb who manages to get a conviction against Ted and he is put on the gallows, Dolly repents which allows the judge to discover the truth.
You Tube link: http://www.youtube.com/watch?v=zu3Pvi5O0es
Posted by Tom B. at 5:40 AM