The Almeria Western Film Festival modifies dates of the event

Almería Western Film Festival modifies its dates and will be held from October 28 to 31, 2022 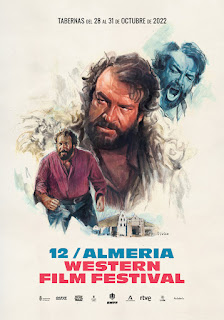 The direction of the Tabernas International Film Festival makes this decision to maintain its commitment to offer the best of the genre Almeria, August 8, 2022 -. Almería Western Film Festival (AWFF) announces the change of dates for the 12th edition to be held from October 28 to 31, 2022 in Tabernas and in the western towns of Oasys MiniHollywood and Fort Bravo Texas Hollywood. The festival management regrets the inconveniences derived from this decision, which is considered necessary to continue growing as a unique international reference event of its kind. The Tabernas Film Festival argues for this change due to the incompatibility of some of the planned content with the dates announced a few months ago. "Our sole purpose is to maintain the commitment to offer only the best of the western genre, to have outstanding guests who surprise our audience and industry professionals who promote film productions in the town and its surroundings," explains the director of 12/ AWFF, Guillermo de Oliveira. In this edition, the festival will deliver the Tabernas de Cine award to the actor Gianni Garko, the legendary gunman 'Sartana'; and will recognize the figure of Bud Spencer in western cinema with the Leone in Memoriam award. Soon, the Almería Western Film Festival will present other content and novelties that will complement the international official sections of feature films and short films, along with the special section of documentaries, presentations of literary works and other types of exclusive activities of the genre.