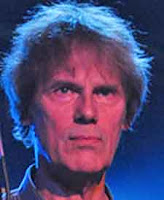 The Pogues musician, singer and songwriter Darryl Hunt passed away at the age of 72 in London on August 8, 2022. Born in Christchurch, Hampshire, England on May 4, 1950 he joined the Pogues in 1986 after playing with the The Brothel Creepers, in 1973 and later formed the punk band The Favourites.