Who Are Those Singers and Musicians – Bruno D’Amario 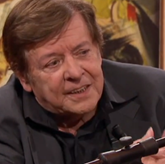 Bruno Battista D’Amario was born in Rome on October 5, 1937. His father was the first violin of the orchestra B of the Rai in Rome so music was a part of his life at an early age. He attended the Conservatory of Santa Cecilia and after graduation with a degree in composition and guitar he became a studio musician. In the sixties there was not a lot of work for my instrument. In the classical field, contemporary music began to take an interest in the guitar and Mario Gangi and Bruno were the most requested guitarists by composers, thanks also to the great ease of reading music they had (actually in that period the guitarists who could read everything at first sight were very few). But his meeting at RCA with a young Morricone was fundamental. He began to work with him having a lot of fun with the electric guitar too (He remembers that classical guitar purists often turned up their noses, not knowing how much I enjoyed myself and how much I learned musically: it is no coincidence that Ennio Morricone was my Composition teacher for a while). He was a member of the Gruppo di Improvvisazione Nuova Consonanza. That was a magical period for music in Italy both in the classical field and in the so-called light field (He said he always thought that in music there are not many divisions, but only good music and bad music!). The arrangements that Ennio made for the most famous singers of the period and above all his soundtracks were true masterpieces: harmonic innovations, an exemplary cantability, a constant research in enhancing the timbres, a pure essentiality beyond any rhetoric made Morricone a true artist with creativity and superlative technique D’Amario proudly remembered his solo performances with both the classical guitar and the electric one of Sergio Leone's westerns and a sea of ​​other soundtracks. He states that Ennio did not make a recording if I was not on the guitar, until the end of the seventies, when I decided to devote myself completely to concert playing and teaching classical guitar.

In 2011 he published a composition inspired by the Tarot cards.