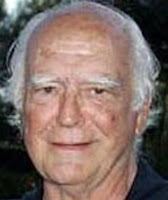 He is the father of the Spanish western, a director who has left his mark [1921-2012]. We are talking about the Madrid-born Joaquín Romero Marchent, a wizard of the camera, who in 1955 took over from the Mexican Fernando Soler as director of the diptych "El Coyote" and "La Justicia del Coyote", created by the novelist José Mallorquí, and, since then, has shone in spaghetti western.

When it comes to spaghetti westerns, and Spanish westerns in particular, we cannot forget Joaquín Romero Marchent, screenwriter for his brother Rafael of "Garringo" in 1969, with Anthony Steffen and Peter Lee Lawrence, and of "Sartana Kills Them All" of 1970, with Johnny Garko, but also director of films such as" The Implacable Three "of 1963," and "Seven from Texas" in 1964, "Seven Hours of Gunfire" from 1965 and "$100,000 for Lassiter" and "Hands of a Gunfighter" from 1966.

We think of him as the father of spaghetti even before Sergio Leone landed in Spain to shoot “A Fistful of Dollars”. His works were characterized by the classic cut, the fluid narrative, captivating subplots. Violence and cynicism are still missing, the characteristic shots of the genre are missing. All this will be introduced by the Italians, but Joaquín Romero Marchent has a good style, great skills, a taste for atmospheres, attention to detail and a love for action scenes and battles that seem typical of one of the average Hollywood productions of the time.

He made his debut in the cinema in the mid-Quarana thanks to his father, owner of the specialized magazine Radio Cinema and founder of Intercontinental Films, after ending a socceer career and trying different courses of study.

In the beginning he worked with directors such as Díaz Morales, José María Forqué or Luis Lucía, until 1953 when he made the detective story "Permanent Juzgado" and then the remake of a religious film, "Sor Angélica". Critics rated the evidence positively, but the films went unnoticed at the box office. He wanted to do something else, and he did. In 1955 he made two western films, the first ever in Spanish cinema: “El Coyote” and “La Justicia de El Coyote”, Hispano-Mexican co-productions inspired by the adventures of the masked hero of José Mallorquí's novels.

He continued by returning to dramatic films that did not give him much commercial success, so he returned to the western, again with masked heroes: "La venganza del Zorro" and "Cabalgando hacia la muerte", Italian-Franco-Spanish co-productions, again with the writing of José Mallorquí.

The results were convincing and Mallorquí again collaborated on "The Implacable Three". Within six years, Joaquín Romero Marchent directed seven westerns, establishing himself as one of the fathers of the genre.

Frequently he was alongside his brothers Rafael, actor and director, Carlos, also actor and director, and Ana María, editor, grossing a lot and opening his own production company, Centauro Films, with which he produced films such as "I Want Him Dead" by Paolo Bianchini.

His dramatic streak and great ability to capture the atmosphere of the West were also exploited in writing. In fact, he collaborated on the screenplay of "Mani di pistolero" by his brother Rafael, in "Kill Them All and Come Back Alone" by Enzo G. Castellari in 1968. In this capacity he contributed to one of the most successful television series in Spanish history, "Curro Jiménez”, Based on Andalusian brigand.