Charles Bronson was known for playing the tough guy on the big screen, but he was also one in real life. Following a life of poverty and working in coal mines, he joined the US Army Air Forces, serving as a gunner aboard a B-29 bomber during the Second World War. 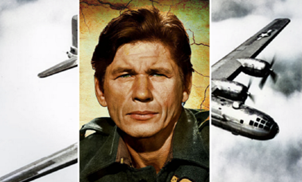 Early life and entry into the US Army Air Forces 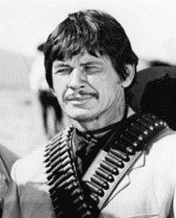 Charles Bronson was born Charles Dennis Buchinsky on November 3, 1921 in Ehrenfeld, Pennsylvania. He was the 11th child in an extremely poor Roman Catholic family. Although born in the United States, his family was of Lithuanian descent, resulting in him being unable to speak English as a child.

When he was just 10 years old, Bronson began working in Pennsylvania’s coal mines, as he needed to help support his family following his father’s death. He was paid a single dollar for each ton of coal he mined. During his teenage years, he eventually learned to speak English, and overall knew Russian, Lithuanian, English and Greek.

In 1943, after working in the mines for twelve years, he enlisted in the United States Army Air Forces.

Bronson initially served with the 760th Flexible Gunnery Training Squad, before serving aboard a Boeing B-29 Superfortress as an aerial gunner in 1945. He performed this role as part of the 61st Bombardment Squadron, 39th Bombardment Group in Guam, and flew a total of 25 combat missions against Japan, many of which were highly hazardous.

On one particular mission, he suffered an injury to his arms, resulting in him being awarded the Purple Heart for wounds received in battle. He left the military in 1946, after three years of service.

While many disliked the standards of military life, Bronson found them luxurious, once saying, “I never had it so good as when I entered the Army. Men were complaining around me. But I was eating and sleeping well, and I thought: ‘Jeez! This is great!’ For me, being drafted was like having a fairy godfather change me into a prince.”

Once Bronson became a famous Hollywood celebrity – a true rags to riches story – there were news outlets that put his military service into question. Some said he’d simply worked as a delivery truck driver for the 760th Mess Squadron in Arizona. However, his World War II colleagues verified his role as a nose gunner aboard a B-29.

Furthermore, records have been located that prove his presence in Guam as a B-29 crew member – in particular, a 61st Squadron roster from September 1945, which includes his name. 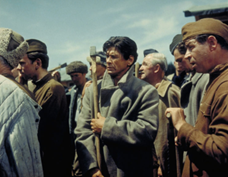 After his military service was over, Bronson used the money he received from the GI Bill to study art and enrolled in the Pasadena Playhouse in sunny California . This change in career didn’t go as smoothly as he would have liked and he had to work many odd jobs. At one point, he was living in an apartment with fellow aspiring actor, Jack Klugman.

His first roles were minor and uncredited, and at the time he was still going by his birth name of Charles Buchinsky. It wasn’t until his role as Igor in 1953’s House of Wax that audiences and major Hollywood studios began to take notice of his abilities.

Starting in the late-1940s and continuing throughout much of the 1950s, the US experienced a nationwide fear of Communism, known as the Second Red Scare. After a series of Soviet spies were discovered in seemingly secure positions, the country began actively hunting and putting a stop to Communist activities.

In 1954, he changed his name to “Charles Bronson” to stop his Eastern European-sounding name drawing unwanted attention from the House Un-American Activities Committee (HUAC).

Bronson’s career began to gain steam in the 1950s, and by the 1970s he was one of Hollywood’s top leading men, earning $1 million per film. Among his most popular films were The Great Escape (1963), Once Upon a Time in the West (1968) and Death Wish (1974). These roles saw him starring alongside some of Tinsel Town’s finest, including Steve McQueen and Henry Fonda.

While a beloved star, Bronson’s past remained with him, and for much of his life he suffered from bouts of claustrophobia due to his time in the coal mines and aboard B-29 bombers. Bronson’s final role was as Paul Fein in the Family of Cops television movie franchise, of which there were three films.

He retired from acting following a hip replacement, and in the later years of his life suffered from deteriorating health. In 2003, at the age of 81, he passed away and was interred at Brownsville Cemetery in West Windsor, Vermont.