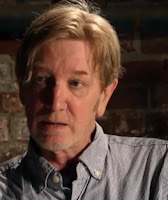 Cinematographer, director of photography Tom Richmond died in New York City on July 29, 2022. He was 72. Born Thomas Julian Richmond in New York on January 18, 1950, he earned an undergraduate degree in photography at Harvard University and then went to graduate film school at UCLA. As an American cinematographer he had worked in the film industry since the mid-1980s.His first major feature film as cinematographer was “Stand and Deliver” (1988), and by the time he shot for “A Midnight Clear” (1992), he had settled into working with different directors with ease. Richmond described his experience, "All my films look different because they're not my visions; they're my reflections of the directors' visions." In 1998, he said he was most proud of his work on “Little Odessa” (1994), for which he was nominated an Independent Spirit Award for Best Cinematography. “For Right at Your Door” (2006), he won the Excellence in Cinematography Award (Dramatic) at the 2006 Sundance Film Festival. Richmond was director of photography on the Alex Cox Euro-western “Straight to Hell” and the documentary “Straight to Hell Returns” both 1987.