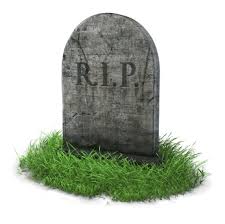 British actor John Steiner died in a car accident at Desert Regional Medical Center in Palm Springs, California after a car accident in nearby La Quinta, California on July 31, 2022. He was born in Chester, Cheshire, England on January 1, 1941. Steiner got his start in films after school with small parts in British productions. Among them were “Bedazzled” (1967), and “Work is a 4-Letter Word” (1968). He portrayed some of the most memorable villains of Italian cinema during the 1970s and 1980s in such films as “Violent Rome”, “Mannaja”, “The Last Hunter”. He also appeared in Sci-Fi and adventure films like “Yor, the Hunter from the Future” and horror films such as Mario Bava’s “Shock”, Dario Argento’s “Tenebrae” and Ruggero Deodato’s “Body Count” and even appeared in Tinto Brass’ “Salon Kity”. Steiner was in very steady demand until the late 1980s. As the Italian film industry dwindled, Steiner retired from acting in 1991 and moved to Los Angeles, California, where he became an extremely successful and well-respected real estate agent. John appeared in four Euro-westerns: “Tepepa” (Blood and Guns”) 1968 as Doctor Henry Price; “White Fang” 1973 (Charles ‘Beauty’ Smith), “Challenge to White Fang” 1974 (Beauty Smith/Charles Forth), “A Man Called Blade” 1977 (Theo Valler) and the documentary “The Outsider” – 2013.