Who Are Those Composers ~ Ken Thorne 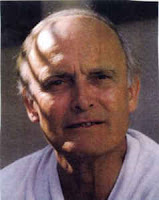 Kenneth Thorne was born on January 26, East Dereham, Norfolk, England. Ken began his musical career as a pianist with the big bands of England during the 1940s, playing at night clubs and the dance halls. At age 27, Thorne decided to seriously study composition with private tutors at Cambridge and later studied the organ for five years in London.

When Henry Mancini was scoring Blake Edwards' 1968 film “The Party” with Peter Sellers, Thorne composed the soundtrack to “Inspector Clouseau”. He also composed the music scores for “How I Won the War” (1967), The Monkees movie “Head” (1968), “The Magic Christian” (1969) and “The Ritz” (1976). He was also hired for Richard Lester's films “Superman II” and “Superman III” with instructions to reuse the themes composed by John Williams from the first film and adapt them for the sequels, also adding some original work. From the 1980s, Ken Thorne mainly focused on his work for TV, working predominantly with director Kevin Connor.

His television work included the theme to the 1964 BBC series ‘R3’, and he also scored incidental music for ‘The Persuaders!’ ‘The Zoo Gang’ in the 1970s. His later work included the score for the miniseries ‘Return to Lonesome Dove’ in 1993.

Ken Thorne died in a hospital in West Hills, California on 9 July 2014.