Who Are Those Gals? ~ Shirley Corrigan 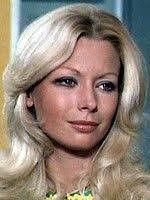 Shirley Corrigan was born on a yacht on the way to Sweden. She has a brother and a sister. Corrigan's parents separated when she was very young, so she was sent to a children's home in St. Albans, England, and was raised by a foster parent named Mrs. King. Shirley began acting on stage at age 9. At 16 she studied poetry, drama, and choral singing as well as joining an amateur dramatics company. Corrigan was chosen to be a member of the traveling theatre company The Marlowes of Cambridge University in England. She then got a contract with the British Council to perform in a production of "Three Sisters" by Anton Chekhov and was featured in a production of "The Sound of Music" that was performed throughout Europe. Shirley was selected by theatre director George Strehier to act in his revised version of "Three Penny Opera" at the Piccolo Theatre in Milan, Italy. Corrigan then turned to psychodrama in Brazil and studied with Augusto Boal in The Theatre of the Oppressed. This led to Shirley going to Calcutta, where she spent five years studying the condition of cerebral palsy in children alongside Mother Teresa. Mother Teresa nicknamed her ‘Shirleybelle’ and encouraged Corrigan to go back to Rome, Italy and continue pursuing her acting career. Throughout the 1970's Shirley acted primarily in both horror movies -- she's perhaps best known to fright film fans as Regine in "The Devil's Nightmare" and as Paul Naschy's wife in "Dr. Jekyll and the Wolfman" -- and soft-core sex comedies (she played the titular character in the bawdy romp "Around the World with Fanny Hill"). Outside of acting, Shirley was also a model who was featured in print ads and on the covers of numerous magazines that include "Vogue." In the early 1980's Corrigan quit acting and got a job as a purchasing agent for a petroleum company in Rome, Italy. She was almost killed by an obsessive stalker in a car accident. Following this unfortunate event, Shirley took a course in tourism and briefly worked as an international guide. She now resides in South London, England, where she continues to act on stage and works with children preparing them for prep school.