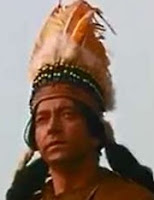 Romanian actor Ion Dichiseanu died on Thursday May 20, 2021 at the Floreasca hospital in Bucharest, Romania. The artist had been hospitalized for several months with a lung infection. Born in Adjud, Viancea, Romania on October 20, 2933, he graduated from the Institute of Theater and Cinematography in 1959 and later left with the full promotion at the Theater in Botosani, which had recently been established and was looking for actors. In 1960, he made his film debut in "Darclée", directed by Mihai Iacob, where he starred alongside Silvia Popovici and Victor Rebengiuc. The film was part of the official selection of the Cannes International Film Festival in 1961. He appeared in theater performances on the stages of theaters in Botosani and Galati, then came to Bucharest where he played on the stage in Nottara. Here he appeared in many plays, one of the most successful shows being "Little Hell", in which he played with Silvia Dumitrescu Timică, Lucia Mureşan and Ştefan Radof and in radio plays. He was married to singer Simona Florescu with whom he has a daughter, Ioana Georgiana, born in 1987 and also a granddaughter, Anastasia. Ion appeared in "The Adventures of Tom Sawyer" and "The Death of Injun Joe" both 1967, "The Leatherstocking Tales" (TV) – 1969 as Mathoree and "Severino" 1977 as as the ghost rider.