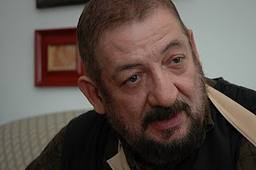 The Mexican actor, producer, and director Gerardo Moscoso died Sunday morning May 23, 2021 in a private hospital in Torreón, Coahuila, Mexico. His death was due to several health complications that he had already suffered, and was unrelated to the Covid-19 pandemic. Gerardo Moscoso was born in Mexico City on February 24, 1945. He was the son of Galician immigrants and a doctor from the Faculty of Medicine of the University of Compostela. Moscoso had a long and fruitful career in the field of national cinema and theater, where he had the opportunity to work with the best actors of his generation and with directors such as Ludwick Margulles, Raúl Quintanilla and Luis de Tavira, among many others. Gerardo appeared in one Euro-western as Sergeant Miller in the 1980 television series “My Friend Winnetou”.
Posted by Tom B. at 7:46 AM