Voices of the Spaghetti Western ~ “The Unholy Four” 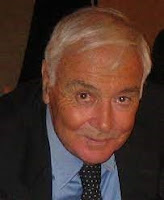 Massimo Turci was born in Rome, Italy on June 20, 1930. The son of two antique dealers, he began his career as a child actor by chance at the age of eleven, playing in the film Lighthouses in the fog (1942) and then interpreted small parts in three other films during the war. At the end of the war, he began to act first in front of the EIAR microphones in programs for children, then in prose, both in the theater and in radio plays with the Rai Prose Company, mainly at the Radio Roma headquarters. Subsequently he entered the world of film dubbing within the CDC cooperative, where he became one of the prevailing youth voices to dub young foreign and Italian actors. As dubbing director, he has directed all the films of Gigi Magni and those of Mario Monicelli starting with the film Hotel Room (1981), which will become two of his greatest friends. In 1999 he retired from the activity. He was married to the voice actress Serena Verdirosi, with whom he had a son, Francesco.