Who Are Those Composers? ~ Olivier Toussaint 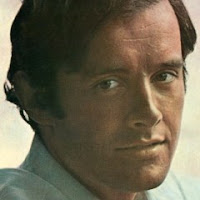 Olivier Toussaint was born in Paris, into a family of classical musicians. His great-grandfather, Gilbert Duprez was a very famous Opera singer. His grandparents were both Opera singers, and his mother was a pianist who played in big orchestras in France.

At the insistence of his mother, he studied Economics and social Sciences at the University of Paris. But as soon as he was done, he went back to making music. He worked professionally as a singer and musician, playing the guitar. At the same time, he was engaged in writing music for television and film. After studying economics and social science in Paris, Toussaint became active as a musician. At the end of the 1960s he and Paul de Senneville formed a successful duo of composers. They wrote for artists like Michel Polnareff, Dalida, and Mireille Mathieu. The Dolannes Melody was a great success for Jean-Claude Borelly in 1975. In 1976 they founded their own music label Delphine, for which they discovered Richard Clayderman. His Ballade pour Adeline, composed by Toussaint and de Senneville, was also an international success.

From the early 1970s to the mid-1980s, Toussaint sang and composed with his partner de Senneville for their French pop group Pop concerto Orchestra. The title Eden is a Magic World (1982) was a number one hit in the French charts. The two also founded the pop group Anarchic System in1972 for the AZ label.