Who Are Those Composers? ~ Armando Trovajoli 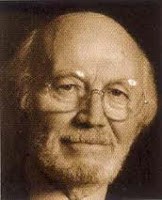 Armando Trovajoli was born on September 2, 1917, Rome, Italy. He was an Italian film composer and pianist with over 300 credits as composer and/or conductor. He was once married to the Italian actress and singer Pier Angeli. As a child he learned to play the violin, showing a remarkable musical talent. In 1937, he became a member of orchestra Rocco Grasso and in 1939, he played with Sesto Carlini's orchestra, one of the most renowned Italian jazz bands of that time.

After the Second World War, he resumed his musical career, alternating between playing jazz and light music. In 1948, he gained further academic qualifications, graduating in piano and composing from Santa Cecilia Conservatory in Rome. In 1949, he was chosen to represent Italy at Festival du Jazz de Paris, where he played with double bassist, Gorni Kramer and drummer, Gil Cuppini. In the following year he began a long series of recordings titled "Musica per i vostri sogni". In collaboration with Piero Morgan (also known as Piero Piccioni), he made a series of radio shows, one of the first Italian experiments to present jazz piano performances with a string orchestra. About the same time, he began to have success as a popular songwriter, using the pseudonym Roman Vatro. In 1952, he was invited by the film director Alberto Lattuada to write the music for his upcoming movie “Anna”. One of the songs "El Negro Zumbon" became a worldwide best seller. In the same year, Trovajoli performed as a concert pianist playing Gershwin music under the direction of Artur Rodzinski at the San Carlo theatre in Naples and Willy Ferrero at the Basilica di Massenzio in Rome. In 1953, in addition to writing the music for the film "Due notti con Cleopatra", he served as the orchestra director at Festival della canzone di Sanremo, repeating this role in 1957. He gained more international success with the song "Che m'è mparato a ffà", recorded by Sophia Loren in 1958. In 1962, Trovajoli, who had previously worked on some variety shows, composed the score for the musical comedy "Rugantino". Travajoli wrote the soundtracks for many movies, working with film directors such as Vittorio De Sica, Marco Vicario, Dino Risi, Luigi Magni and Ettore Scola.

In 2007, he was awarded the "Premio Speciale David di Donatello" in recognition of his achievements.