Who Are Those Composers? ~ Amedeo Tommasi 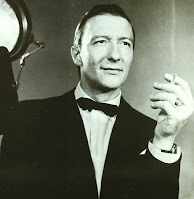 Amedeo Tommasi was born in Trieste, Friuli Venezia Giulia, Italy on December 1, 1935. He was an Italian pianist and composer who specialized in the composition of music for films.

Tommasi started his career as a trombonist for a jazz band in Bologna, Italy. He gained notoriety in Italy for his performances on the radio show La coppa di jazz in 1960. The following year, he performed at the Sanremo Music Festival and received the First Prize at the Festival Bled in Slovenia. In the years following, he made recordings with performers such as chet Baker, Bobby Jaspar, Rene Thomas, Buddy Collette, Conte Candoli and Jacques Pelzer. In the early 1970s, he began composing music for films. In the film “The Legend of 1900”, he composed each of the recordings and also had a cameo appearance as a pianist. He also appeared in the 2010 documentary Pupi Avati, ieri oggi domani, directed by Claudio Costa.