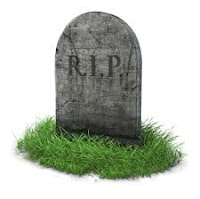 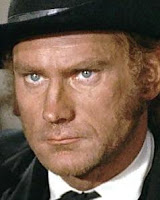 I received an e-mail today from Philippe Rege with a copy of the official announcement of the passing of actor Donal O’Brien back in April, 2018.

O’Brien was born Donal Timothee O’Brien on September 15,1930 in Pau, Pyrénées-Atlantiques, France and died on April 23, 2019 in Andernos-les-Baines, Nouvelle-Aquitaine, France. He appeared in 19 Euro-westerns starting with a small role in 1960’s “Dynamite Jack” starring Fernandel and ending in 1982 with “2020 Texas Gladiators”. He was a leading actor in the genre and starred in “Run, Man, Run” (1967) as Daniel/Nathaniel Cassidy with Tomas Milian; “Finders Killers” (1971) as Jack Forrest/Dan with Gordon Mitchell; “Jesse and Lester, Two Brothers in a Place Called Trinity” (1972) with Richard Harrison; “The Judgment of God” (1972) as ‘The Ace of Hearts’; “4 of the Apocalypse” (1974) as Sheriff of Salt Flat with Fabio Testi and Tomas Milian; “Keoma” (1975) as Caldwell with Franco Nero; “A Man Called Blade” (1977) as Burt Craven with Maurizio Merli and John Steiner and “Silver Saddle” (1978) as Fletcher with Giuliano Gemma.

In 1980 Donal slipped in the bathroom of a Parisian hotel and hit his head. He was in a coma for three days and discovered half of his body was paralyzed shortly after waking up. It took him nearly four years to recover from his injuries though he would have limited mobility for the rest of his life. This would also reduce the range of roles he could play. His last film was “Honey Sweet Love”, in 1999.