Voices of the Spaghetti Western ~ “The Three Musketeers of the West”

Today we’ll cover “The Three Musketeers of the West” 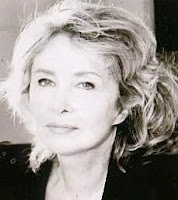 Maria Pia Di Meo was born Maria Pia Tempestini in Rome, Italy on September 23, 1939. She is the daughter of actors Giotto Tempestini and Anna Di Meo. She began as a child in 1944 to work in dubbing and in the theater, often alongside her parents.

Maria was also active in Disney animated cinema , she voiced Aurora in “Sleeping Beauty”, Anita Radcliff in “The Charge of a Hundred and One”, as well as the character of Mary Poppins. In these films she is replaced in the parts sung by Tina Centi. She voiced the evil witch Gothel in “Barbie Rapunzel”.

Pia De Meo has also starred in commercials and in 2006 made a small appearance in the fifth season of the TV series “A Doctor in the Family”, playing the role of Emilio Villari's mother.