Who Are Those Composers? ~ Glenn Sutton 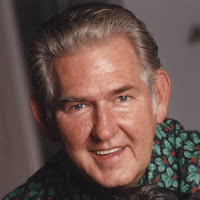 Royce Glenn Sutton was born in Hodge, Louisiana on September 28, 1937. As Glenn Sutton he became a noted country music songwriter, record producer and one of the founding fathers of what was called the countrypolitan sound. Among the many country western artists Glenn wrote songs for was Tammy Wynette, Jerry Lee Lewis, Rod Stewart and Lynn Anderson. Sutton is also well known for his personal and professional association with Lynn Anderson, his wife from 1968 to 1977. He produced many of her hit recordings, including her signature-mega hit "(I Never Promised You a) Rose Garden”. The album, by the same name as the single, reached number one in 16 countries around the globe and was the biggest selling album by a female country artist from 1971 until 1997. Sutton received a RIAA Platinum Award for producing the song. Although he did not write "(I Never Promised You a) Rose Garden", he wrote several of Anderson's number one hits.

He was awarded numerous BMI and ASCAP Awards for his hit compositions. Artists who have recorded Glenn Sutton penned songs, reads like a "who's who" in the recording industry. He was inducted into the Nashville Songweiters Hall of Fame in 1999.