Who Are Those Guys? ~ Pancho Cordova 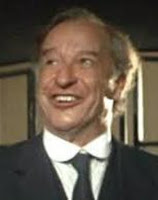 He began professional studies at the National School of Biological Sciences of the National Polytechnic Institute (IPN), but only two months after the end of the career he dropped out of studies to sell insurance and advertising on radio and television where he began to perform scripts. He wrote sports chronicles for the Newspaper and debuted as an actor on the series “The Guests of the Marquise” (1951). In 1955 he began his work as a screenwriter with the film The Good Thief (1956). In 1972, she received the Silver Goddess for Best Screenplay, and Ariel for Best Original Screenplay and Best Original Argument for the film The Barefoot Eagle (1969).

As an actor he preferred comedy roles: ′′I like to do all genres but I have special affection for comedy I believe that within the film industry all topics should be addressed and no way should we discard comedy cinema. Among the characters I like to play most in the movies, I mean those who fit in comedy, is one who spends his life distressed because everything, absolutely everything, goes wrong". His career in comedy which lasted more than 30 years, in which he appeared in more than 150 films. Cordova appeared mainly in Mexican films but also appeared occasionally at the international level where he worked with Clint Eastwood in "Three Mules for sister Sara" and with Anthony Quinn in "Guns for San Sebastián". He also appeared on an episode of the television series "I-Spy". In 1971 he directed the film "Los Destrampados". That same year he co-wrote and filmed "El Águila Descalza" with Alfonso Araú.

In 1973 he separated from the National Association of Actors (ANDA), and along with other actors he formed the Independent Actors Union (SAI).