Who Are Those Composers? ~ Aaron Stielstra 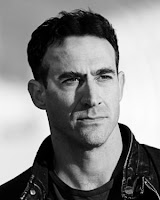 Aaron Stielstra was born in Ann Arbor, Michigan on June 4,1968. A man of many talents, he’s been a clown, director, improvisational speaker, a narrator, a story teller, actor, stuntman and a composer. After college he moved to New York City and studied acting with Zach Grenier. He has acted in films in New York City and Los Angeles since having his first movie line in "Jerry Maguire". In Italy, he has acted in numerous westerns and also the George Clooney series "Catch 22" as well as "American Night", costarring Emile Hirsch. and received a Best Actor Award for his performance as Captain Sean Rooker in “Anger of the Dead.”

Stielstra loves music and has learned to play several musical instruments including acoustic guitar, electric guitar. This led to his co-scoring several film scores beginning in 2008 with “Xenobites”, mainly westerns that he has appeared in.