We continue our search for filming locations of “A Bullet for the General”. El huncho and his men wait for General Elias and his men to meet them and pay for the guns but only a lone rider comes chased by a detachment of Federales thanks to their use of the machine gun they are able to defeat the patrol but Pedrito and Cirillo are killed during the attack. While Chuncho kills the remaining soldiers with a rifle Bill kills the Elias rider and throws the money for the guns he was delivering away. Adelita discouraged takes what money Nino has and rides away telling him to bury Pedrito. After she leaves Bill asks Chuncho if they have to waste time and bury the men. 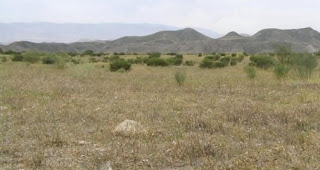 This scene was filmed in Tabernas, Spain.