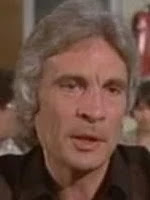 Spanish voice actor and dubber Francisco Garriga died on March 19, 2021. He was 86 years old. Born Francisco Javier Garriga Vial, he began his career on the radio in 1964 as an announcer which led to his career as a dubber. One of his most difficult films was “Days of Fury” where he had to dub three characters; one who was miserable, one mentally retarded and one a revolutionary. He was the Spanish voice of Germano Longo in “5 Giants from Texas”; Moises Rocha in “Dynamite Joe”; Jose Canalejas in “A Minute to Pray, a Second to Die”; Rudy Ugland in “Chato’s Land”; Poldo Bendandi in “His Name was Holy Ghost”; James Doohan and Henry Wilcoxon in “Man in the Wilderness”; Lee Burton in “Who Killed Johnny Ringo?”; Luis Induni in “Karate, Fists and Beans”; Cesar Ojinaga in “Watch Out Gringo Sabata Will Return”; Vito Salier in “Captain Apache”; George Martin in “Return of Clint the Stranger”; Benito Stefanelli in “W Django”; Franco Ressel in “The Ballad of Death Valley”; Richard C. Adams in “China 9, Liberty 37”; Paul Breitner in “Potato Fritz”; Jimmie Ray Weeks in “Dead Man”; Salvatore Puntillo in “A Man Called Blade”; Richard Harrison in “Vengeance”; Glauco Onorato in “John the Bastard”; John Bartha in “His Name was King” and Enzo Fiermonte in “Boot Hill”.
Posted by Tom B. at 5:10 PM