Who Are Those Guys? ~ Peter Butterworth 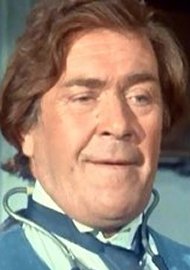 Peter William Shorrocks Butterworth was born on February 4, 1919 in Bramhall, Cheshire, England. He was an English comedy actor and comedian, best known for his appearances in the “Carry On” series of films. He was also a regular on children's television and radio.

Butterworth's promising career in the British Navy ended when the plane in which he was traveling was shot down by the Germans in World War II and he was placed in a Prisoner of War camp. There he became close friends with Talbot Rothwell (later a writer on the "Carry On" series, on which Butterworth often worked) and the two began writing and performing sketches for camp shows to entertain the prisoners (and to cover up the noise of other prisoners digging escape tunnels). After the war Butterworth decided to continue his acting career, and soon became a familiar character actor in both films and television. He specialized in playing gentle, well-meaning but somewhat eccentric characters (which, by most accounts, is what he was in real life). He was married to impressionist Janet Brown, and their son, Tyler Butterworth, also became an actor. Butterworth died suddenly in 1979 of a heart attack, as he was waiting in the wings to go onstage in a pantomime show.