Il Santo (The Saint) was a gunfighter who drifted throughout the West and the comic books series documents his many adventures, involvements with other people’s problems which often lead to fisticuffs and gunplay. The series was written by Italo Di Domenico and drawn by Roman Mangiarano (R. Felmang). Many of the characters depicted in the stories were taken from the Euro-western films popular at the time. Several of the covers were taken directly from Spaghetti western posters. 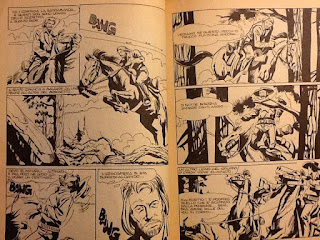