Who Are Those Gals? - Susanne Breuning 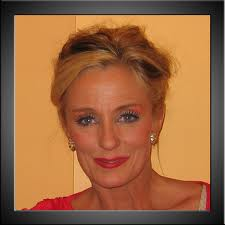 Susanne Breuning was born in Denmark on May 26, 1952. She is the daughter of actress Jytte Breuning Pheiffer and her stepfather was Knud Pheiffer.

Breuning is self-taught and made ​​her debut in a small role as a chorus girl in the musical “Annie Get your Gun in” 1967.  Since then she has mainly appeared in musical performances a total of 27 times, including Chicago in “Guys and Dolls”.  She has also played in revues, among other things at the Tivoli Revue.  In addition, she has been a choreographer on, among other performances, “Kielgasten” and “West Side Story”.  In recent years, she has achieved great success with her own portrayal of Marlene Dietrich, (in which she’s toured for several years) and Bodil Steen.  Susanne Breuning has also recorded CDs and has served as an instructor, including the big show on Four Jacks in Tivoli.

In 1994 she published the book Little Peter Spider, written by Knud Pheiffer, with the drawings of Bjørn Frank Jensen.