We continue our search for the filming locations for “Bullets Don’t Argue”. After getting Billy and George Clanton out of town they begin their walk towards the Texas border. Billy continues to argue with Garrett that he has no jurisdiction in Mexico and that they’ll be stopped and set free when they come across and Mexican patrol. Garrett tells George they won ‘t be running into any patrols the way he plans on returning to Texas, the Valley of Death is his route. 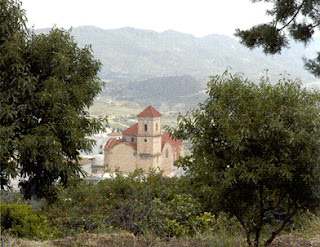 This scene was filmed in an orchard outside the Spanish town of Lucainena de las Torres. 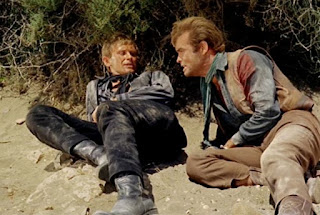