The Fifth annual Italian Contemporary Film Festival (ICFF), presented by IC Savings, announced its line-up of 70 features, shorts and documentaries, of which 42 are premieres.

The annual festival celebrates the best in contemporary Italian cinema from around the world. Over the eleven days of the Festival, from June 9-19, 2016, these films will show audiences in Toronto, Vaughan, Hamilton, the Niagara Region, Montreal and Québec City a wide range of perspectives connected by Italian culture. 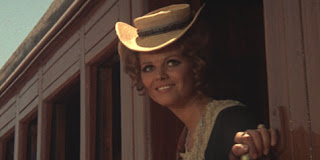 Italian screen legend Claudia Cardinale, who starred in such classic films as Once Upon a Time in the West, The Leopard, The Pink Panther, 8 ½ and Rocco and His Brothers, to name a few, will be conferred ICFF's 'Lifetime Achievement Award,' whose previous recipients include screen legends such as Al Pacino, Oscar winner Roberto Benigni and multiple award winner Carlo Verdone. Cardinale will also present her latest film, All Roads Lead to Rome. With her onstage will be her co-star, Raoul Bova, who has been featured in many box office smashes, such as Under The Tuscan Sun, Sei Mai Stata Sulla Luna, and The Immature. Bova will also present the film Rewind and Reboot (Torno Indietro e Cambio Vita).

Tickets for this year's Festival are now on sale.

For full details and schedules please visit http://www.icff.ca
Posted by Tom B. at 5:52 AM