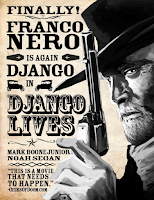 A veteran northerner of the American Civil War walking in the desert dragging behind a coffin. Thus begins 'Django', the spaghetti western genre milestone that was made this month 50 years ago and which after its theatrical release, became a worldwide hit. A film loved and quoted by Quentin Tarantino. Sergio Corbucci the director, Franco Nero in the shoes of the gunman who shouldered the machine gun, mowing opponents, with 81 killings in 94 minutes.

"The first thing that comes to mind is that they have aged, although he is still a sportsman and feels young - ANSA says the protagonist, who is now 74 years-old -. It is a film that defined an era, bought and distributed throughout the world. In Japan, Germany and South America, when I went to the hotel, they did not record me with my name, but as “Django”. It was worshiped in the United States. "I was showing it to Steve McQueen, Paul Newman, Warren Beatty, compared to John Wayne westerns it was a novelty - reveals Nero -. Jack Nicholson wanted to distribute it in the US, but it had already been sold." Half a century later, what is the moral? "It was a movie for the workers who would like to say to the boss today everything changes, we must change the registry: it was an invitation to rebel."

A success that has made thirty unofficial sequels and remakes, "but rather were" surrogates. One of them, "Get the Coffin Ready" (Viva Django!), with Terence Hill, was also made in 1966. "I remember, that Enzo Barboni proposed to make the film with the Trinity star, because I went to America to make Camelot, a blockbuster that was likened to JFK ". One official sequel, 'Django 2 - The Great Return in 1987: "I let myself be persuaded to do it in Colombia by director Ted Archer: a fluvial film, very particular, I do not know if it succeeded or not," he explains. But the legacy of Django continued up to Quentin Tarantino, who loves spaghetti westerns, that in 2012 he called the bounty hunter played by Jamie Foxx “Django”. 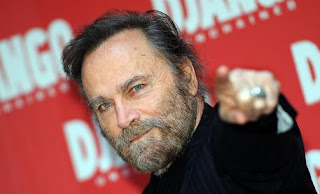