We continue our search for the filming locations for “Bullets Don’t Argue”. After escaping Carona with Georg and Billy, Pat Garrett arrives at the hacienda of Ramon where he requests three horses and food and water. When he asks how much? Ramon says $2000. When Garrett refuses and starts to walk off Ramon explains it is not for horses, food and water but to keep his mouth shut to the police. Garrett reluctantly pays the ransom and the then rides off with his prisoners. 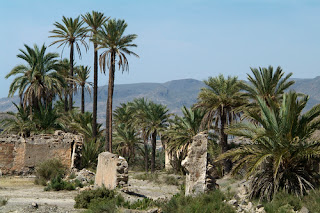 The scene was filmed in the area around Pechina Sierra Alhamilla where the town of Escondido in “A Minute to Pray a Second to Die” was also filmed. 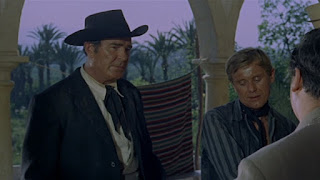