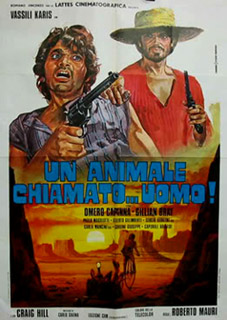 In the 1972 Italian Spaghetti western “Un animale chiamoto uomo” (An Animal Called Man)  about two small time thieves Bill and Jonny come to Silver City where Mark Forester (Craig Hill) is the absolute ruler and supported by his gang of henchmen.  The two challenge Forester and beat him even at a shooting competition, where Bill gains the admiration of the Parisian doctor Yvette.  Then they hire themselves out as tax collectors and collect from the inhabitants all their savings.  By the expulsion of Forester and his band they receive a lot of money, which they give back to the residents; they then leave and go with Yvette further down the trail. American actor Craig Hill plays Mark Forrester aka Mark Foster. About halfway through the film Craig’s character disappears. The reason being is that Craig saw the lack of quality in the script and the production values and left the film during shooting to preserve his reputation, so the screenwriters had his character written out of the story. 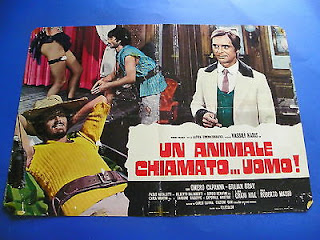