This Italian comic book series was created in 1959 from the American Zorro TV series starring Guy Williams and were based on the adventures of the California hero and protector of the poor and oppressed. The series was created by the editor Gabriele Gioggi and drawn at first by Guido Buzelli who was followed by other artists. 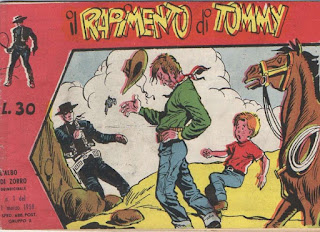 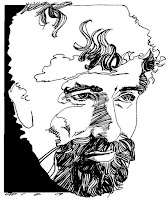 Guido Buzzelli was born in Rome, Italy on July 27, 1927. He was one of the most famous of all Italian designers. Son of an artist, he preferred comics to painting, he joined, at eighteen years of age the Argentovivo weekly staff. After World War II he works, among others, on a number and ALEX DELLO SPAZIO and BILL DEI MARINESB by Edizioni Diana, and some episodes of ZORRO for the editor Gabriele Gioggi. He had numerous covers for Famous necklace Heroes of 'Adventure and IMPAVIDO series. Over the following years he worked in the UK, Spain and France. In 1965, he returned to Italy, where he devoted himself to painting, but, after several exhibitions, he resumed drawing comics. The realization of the " Rivolta dei Racchi" (1967) awarded him the title of "cartoon teacher". He collaborated with the French monthly Charlie and Metal Hurlant creating the stories "I labirinti", "Zilzelub" and " Annalisa e il diavolo", all with a surrealistic background, translated into Italian Linus and Alterlinus. In 1973 he won for the Yellow Kid as the best comic book author in the Exhibition of Comics at Lucca. In 1979 he produced " L'Uomo del Bengala", by Editoriale Cepim, while in 1988 he drew TEX in an extraordinary Special Edition, the first in the giant size of the series, entitled "Tex il grande". The last phase of his career he sees more involved in television that no comics, both in France and in Italy. He died prematurely on January 24, 1992.
Posted by Tom B. at 5:44 AM