When you walk around the Arlanza Valley with its monumental rock formations you begin to feel like a real cowboy and it’s not such a crazy idea; almost 50 years ago the director Sergio Leone filmed one of the masterpieces of the spaghetti western: The Good, the Bad and the Ugly here. The reason for choosing Burgos as a film set was its incredible resemblance to the lands of New Mexico. 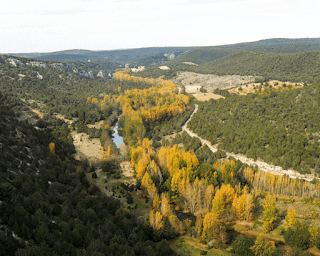 THE ROUTE
"The Good, the Bad and the Ugly"

With a radius of 40 km, it is located around some rural villages like Santo Domingo de Silos, Covarrubias, Carazo and Hortigüela. 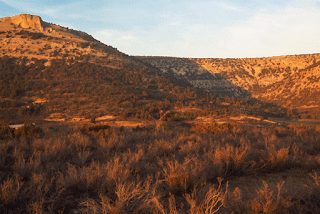 The 4 points of this route are:

1. The Monastery of San Pedro de Arlanza was used as the Mission of San Antonio for the interior shots where Clint Eastwood is cured of his wounds produced by the sun

2. Betterville prison camp was built near the town of Carazo. In this passage of the film it is where Eli Wallach and Clint Eastwood are arrested by the Union army.

3. The Battle of Langstone Bridge was shot near the Monastery of San Pedro de Arlanza. The Arlanza river itself which magically becomes Rio Grande and physical border between the Union and Confederate soldiers.

4. Sad Hill Cemetery is the place where the treasure is. A cemetery built between Santo Domingo de Silos and Contreras and had more than 4,000 tombs and a diameter of 300 meters. 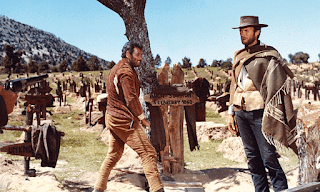