We continue our search for the filming locations for “Bullets Don’t Argue”. After the police leave Garrett finds a ladder in the attic and puts down through the opening in the ceiling and the Billy and George start to climb down. Billy throws the pulley at Garrett and both outlaws jump to the floor. As they head for the door Garrett jumps down landing on the rope which he’s used to tie the outlaws together with. This stops their escape. He warns Billy not to try it again or he’ll kill him and bring him back dead. The three men escape through the back entrance to the posada and into the night. 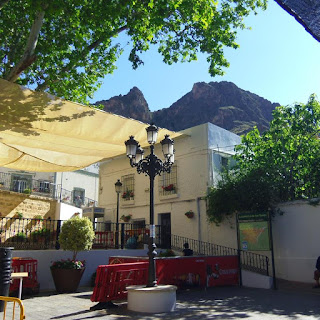 This scene was filmed in the town of Lucainena de las Torres. 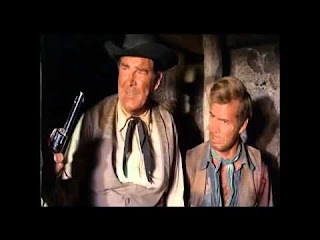