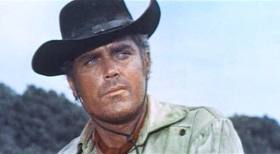 In 1969 Columbia Pictures along were preparing to film a western in Spain. They had signed Euro-western veteran Jack Palance for the lead role of Parson Josiah Galt and Jeffrey Hunter to play his son David Galt.

While in Spain in November 1968 to film Cry Chicago (¡Viva América!), a story of the Chicago Mafia, Hunter was injured in an on-set explosion when a car window near him, which had been rigged to explode outward, accidentally exploded inward. Hunter sustained a serious concussion. According to Hunter's wife Emily, he "...went into shock" on the plane ride back to the United States after filming and "..couldn't speak. He could hardly move." After landing, Hunter was taken to Good Samaritan Hospital in Los Angeles but doctors could not find any serious injuries save for a displaced vertebra and a concussion.

On the afternoon of May 26, 1969, Hunter suffered an intracranial hemorrhage while on a three-stair set of steps at his home in Van Nuys, California. He fell, knocked over a planter, and struck his head on a banister, fracturing his skull. He was found unconscious by his wife and taken to Valley Presbyterian Hospital where he underwent brain surgery to repair his injuries. He died at about 9:30 a.m. the following morning at the age of 42.

Hunter was replaced in the role of David Galt by actor Vince Edwards. 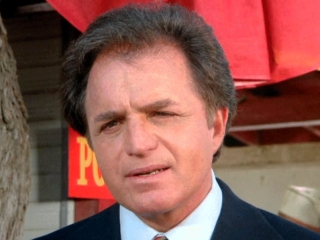