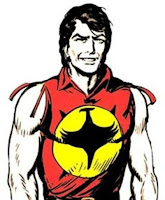 Zagor's real name is Patrick Wilding; he is the son of Mike and Betty. He is a western character living in a forest named Darkwood, located in Pennsylvania, in the northeastern United States. His name Zagor comes from its Indian name "Za-Gor Te-Nay", whose fictional meaning is "The Spirit with the Hatchet". Though the writers don't mention exact dates, Zagor is supposed to be active during the first half of the 19th century, around 1825–1830. Zagor fights to maintain peace over all his territory, where he protects the Indian tribes and hunts down criminals. Son of an retired army official he now lives as a pioneer and trapper in the forests of the northeast, Patrick Wilding sees his parents die at the hands of a band of Abenaki Indians, led by Salomon Kinsky. Taken in by a middle-aged trapper nicknamed "Wandering Fitzy", the boy grows up with only one thought on his mind: revenge. Fitzy teaches him how to make a deadly weapon out of a hatchet, and when he is old enough to fulfill this he finds out that his father had himself slaughtered many Indians, and the boy's understanding of the relativity of the concepts of good, evil and justice compels him to transform himself (with his accomplices the Sullivans, a family of acrobats who are his image makers) into Za-Gor-Te-Nay. Better still, it is shortened to Zagor. He is a kind of avenger always ready to side with the weak and the oppressed, whether red, white or black, whoever they may be. Moving his shack to an island surrounded by quicksand in a marshy area of Darkwood Forest, Zagor begins his work as a peacemaker. He takes the Darkwood tribes under his wing earning himself a distinction of the Lord of Darkwood, beloved and respected by peaceful natives and trappers, and feared and hated by anyone who would endanger the peace between reds and whites. Zagor isn't your typical western character, there's a mix of horror and sci-fi side by side with a bit of humor coming mostly from his sidekick Chico, a short, fat Mexican man who became his best friend. His full name is "Don" Chico Felipe Cayetano Lopez Martinez y Gonzal

The Zagor character became an Italian comic book hero created by editor and writer Sergio Bonelli (pseudonym Guido Nolitta) and artist Gallieno Ferri. Zagor was first published In Italy by Sergio Bonelli Editore in 1961. Even though Zagor is popular in Italy, he is even more popular in Croatia and Serbia, where it is still being published to this day, being also published in other former Yugoslav republics: Bosnia and Herzegovina, Macedonia and Slovenia. In former Yugoslavia, Zagor was published by the Serbian publication Dnevnik in its Zlatna Serija edition from 1968, now there are more modern publishings in these countries like M-comics for Macedonia. Although not as popular, Zagor comics are also published in Austria. Zagor has been one of the most popular comic heroes in Turkey since the 1960s. Three unofficial Zagor movies have been produced in Turkey during the 1970s. Zagor was also published in Greece and in Israel in the 1970s, where, during that time, Tex Willer was published as well.

In 2015, Epicenter Comics released the first English language edition of the three-part story Zagor! Terror from the Sea, including extra essays, introduction texts and original covers. 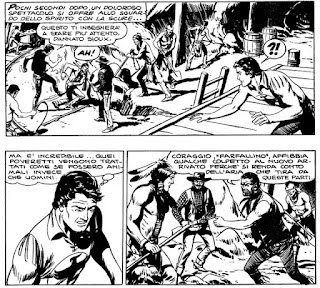