A TASTE OF DEATH 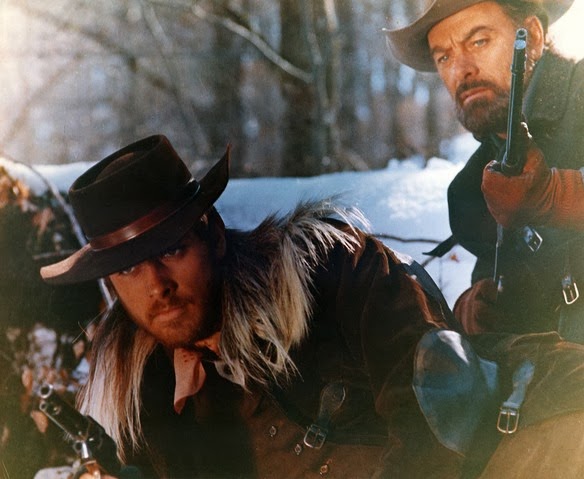 In the mountains of the Far West a gang of cattle rustlers led by Scaife are blocked by the heavy and deep snow that obstructs the pass that they need to cross with their stolen herd. Prevented from continuing their march, the bandits decide to spend the winter in a nearby village, where they tree the town. The inhabitants, after the elimination of the ex-sheriff, who had tried to combat the rowdy behavior of the "invaders", are forced to suffer abuse and oppression with no chance to react. The citizens are forced into hard labor and subjected to slavery and any objections are met with indiscriminate killings, the young adopted son of the late ex-sheriff, wants to avenge the death of his stepfather. He escapes and takes refuge in the woods, where he conducts surprise attacks and ambushes against the invaders, the young rebel finds unexpected support from one of the bandits Dan El who, being his real father, but not by being recognized as such, provides sufficient technical advice and recommendations. Having freed the brave citizens they join him and the young man forces a confrontation during which the gang of criminals are killed. Dan El forces a showdown with Scaife and in a shootout both are killed.