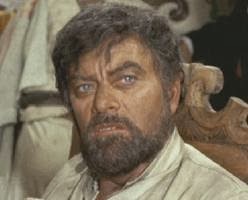 John Benjamin Ireland was born on January 30, 1914 in Vancouver, British Columbia, Canada. he lived in New York City from the age of 18. There he started out in minor stage roles on Broadway. A tall, lean former professional swimmer who once performed in a water carnival, he appeared on Broadway and toured in Shakespeare in the late 1930s and early 1940s before entering film in the mid-1940s.

He made his screen-debut as Private Windy in the 1945 war film “A Walk in the Sun”, followed by “Wake Up and Dream” (1946). A supporting actor in several notable Westerns including John Ford's “My Darling Clementine” (1946) and Howard Hawks' 1948 film “Red River”. Having a lead in small noirs like “Railroaded!” (1947), Ireland was nominated for an Oscar as Best Supporting Actor for his forceful performance as Jack Burden in “All the King's Men” (1949), making him the first Vancouver-born actor to receive an Academy Award nomination.

Occasionally his name was mentioned in tabloids of the times, in connection with much younger starlets, namely Natalie Wood, Barbara Payton, and Sue Lyon. He attracted controversy by dating 16-year-old actress Tuesday Weld when he was 45.

Ireland regularly returned to the stage throughout his career and co-directed two features in the 1950s: the acclaimed western drama “Hannah Lee” (1953) and the carjacking B-movie “The Fast and the Furious”.

Ireland appeared in 13 Euro-westerns from “Hate for Hate” with Antonio Sabato in 1967 to “Garden of Venus” in 1981 with Chuck Connors.

John retired and moved to Santa Barbara where he owned a restaurant named Irelands. Here he died on March 21, 1992 of cancer.


Today we remember John Ireland on what would have been his 100th birthday
Posted by Tom B. at 5:49 AM