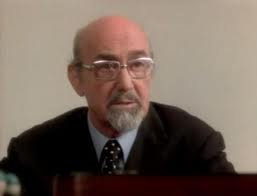 Consalvo Dell’Arti was born on January 21, 1914 in Brindisi, Apulia, Italy. Since the early 1960s he’s been one of the most prolific character actors of Italian cinema. Consalvo took part in an impressive number of films and TV appearances which have reached nearly 100 today.

Dell’Arti always starred in small roles, which did not allow him to become a star. The actor has a melodic voice and appeared in a few notable films, among which is definitely worth remembering “Assalto al centro nucleareAssault” (1967), by Mario Caiano, and “3 Supermen a Tokio” (1968), by Bitto Albertini.

He continued to act until the mid-seventies, and then retired to private life, except for a few sporadic appearances in the 1990s. Among his many films were appearances in nine Euro-westerns from “Bullets and the Flesh (1964) as the judge to “The Return of Shanghai Joe” (1974) as Manuel’s father.

Today we remember Consalvo Dell’Arti on what would have been hi 100th Birthday.
Posted by Tom B. at 5:28 AM