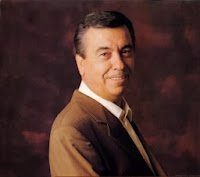 Odoardo Fiory was born on January 4, 1919 in Rome, Italy. Little is known about Odoardo but he became a director, assistant director and screenwriter starting in 1954 with “Uomini ombra” as director and “Frogwoman” as an assistant director. He continued directing and writing scripts until “Il terno a letto” (1980) in all he was involved in about 20 films, four of which were Euro-westerns: “Rattler Kid” (1967) and “One by One” (1968), “Death Knows No Time” (1969) and “White Fang and the Gold Diggers” (1974) all as a screenwriter.