Who Are Those Guys - Mila Beran


Miloslav ‘Mila’ Beran was born in Prague, Czechoslovakia on June 1, 1904. He became a stage actor and then went into radio before his first film appearance in “Vlčie diery” (1948). He would go on to appear in over 15 films and TV appearances. His last appearance was in the 1976 TV film “Červené vino”. Always a supporting and character actor, Beran appeared in two Euro-westerns “Cosi Sia” (aka “A Man Called Amen) and “They Still Call Me Amen” both made in 1973. The only photograph I could find of him was in this montage from “A Man Called Amen” by this time Beran was 69 years-old and was playing old coggers. He’s shown here in the second row on the left along with child actor Renato Cestiè. Beran died three years later on October 25, 1976 in Bratislava, Czechoslovakia. 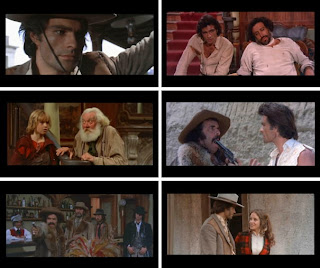