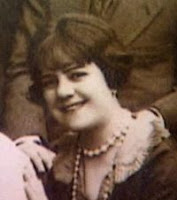 The actress and opera singer Carmen Martínez Sierra, dean of Spanish artists and one of the country's longest-living women, died November 6, 2012 at a nursing home in Madrid, according to Spanish Actors Union and confirmed by one of her two daughters. Martínez Sierra, a popular performer on TV and cinema of the sixties and seventies, was born in Madrid on May 3, 1904 and leaves a lasting impression among the many generations who knew her at “La cas de los Martínez", the sitcom ‘Yo vuelvo’ and commercials for Telefónica and an appreciable mezzosoprano career, almost always in the company of Alfredo Kraus. Carmen appeared in one Euro-Western, “The Legend of Frenchie King” (1971).