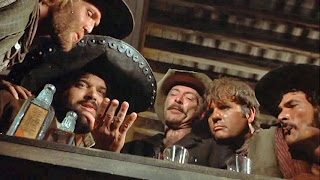 Charles Fredrick Stalnaker, 78, native of Elkins, West Virginia; formerly of Madrid, Spain and Fort Lauderdale FL; passed away peacefully after a long illness in Flora, Illinois on August 2, 2012. After graduating with a Liberal Arts degree from Oglethorpe University in Georgia, Chuck went on to enjoy a fulfilling and fascinating career as a writer and actor in films appearing in over 15 film and television appearances. He will be remembered by all as "Un Buen Hombre" and as an awesome father and grandfather.

Dan van Husen “Brought a tear to my eye, we spent some good times together . He had a wonderful flat in the old part of Madrid, he and me were also part of a Madrid English speaking acting group supervised and initiated by Walter Coy. I also worked later for his dubbing company.”