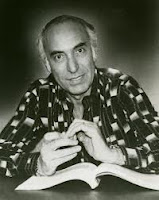 John Kemeny, who received a Best Picture Oscar nomination for his work as a producer on the 1980 film "Atlantic City", died Friday November 23, 2012 after a long illness in Sedona, Arizona. He was 87. Kemeny worked as a producer, editor, director and writer over the course of his decades-long career. In addition to "Atlantic City", his film credits include "Quest For Fire" (1981), "The Boy In Blue" (1986), "Ice Castles" (1978), and "The Apprenticeship Of Duddy Kravitz" (1974). Kemeny also shared Primetime Emmy nominations for Outstanding Drama/Comedy Special and Miniseries for "The Josephine Baker Story" (1991) and Outstanding Drama/Comedy Special for "Murderers Among Us: The Simon Wiesenthal Story" (1989). Kemeny also served as a producer for HBO and was one of the co-founders of Alliance Communications, a former Canadian-based movie distribution company. He was a producer on the TV Euro-western "Louisiana" (1984).