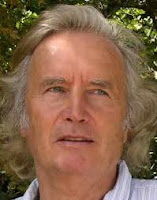 Jean Andre Sobieski was born on November 15, 1937 in Cannes, Alpes-Maritimes, France. Jean is a French film actor who has appeared in only 16 films and TV appearances. Among which was one Euro-western “Tequila Joe” as Deputy Burt. Sobieski lived a love story for a little less than two years with the French singer Dalida between 1961 and 1963 before she left him for Lucien Morisse, and then he married actress Olga Georges-Picot [1940-1997] in 1966 only to divorce two years later. Today he is married to producer Elizabeth Sobieski and has two children in the industry, actress, producer Lelee Sobieski [1983- ] and actor, cameraman Robert Sobieski [1988- ]. Today we celebrate Jean Sobieski’s 75th birthday.