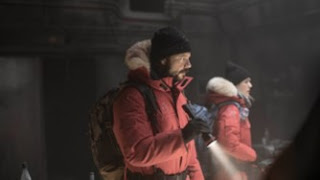 In 2019, Netflix produced more hours of original productions in Spain (163) than any other country outside the U.S., aside from South Korea (238), but on a par with the U.K. (160), according to an analysis from Omdia.

With vaccination rates now hitting 400,000 jabs a day, on Thursday, four senior industry executives debated at a Spain Film Commission panel about how to attract big shoots again to Spain. Conversation turned very often to the future of series productions in Spain as it becomes one of the most exciting growth sectors in the world. Here are the six biggest takeaways:

The Sector’s on a Roll

Last May, Spain’s government raised tax rebate caps on big foreign shoots from $3.28 million to $10.8 million, and increased deduction rates from 25% to 30% for a first €1 million ($1.1 million) spend. This March, it announced a $1.9 billion AVS Hub Plan to power up Spanish film and TV production. Its incentives include tax breaks to encourage foreign companies — such as, reportedly, Disney — to set up in Spain. “We’re going to be seeing more and more productions being made and more and more hours being produced,” María Valenzuela, Buendía Estudios’ senior VP of international and business development, said at the panel. “I think it’s inevitable that the bigger players will come and build bigger facilities,” added Mike Day, CEO/partner at Mallorca-based Palma Pictures, which provided production services on “The Night Manager” and “The Crown” seasons three and four.

The shooting in Spain panel began with two promo reels, one showcasing the natural light and crystal blue lakes of Mallorca, the other highlighting Navarre, whose extraordinary Bardenas Reales canyon badlands were immortalized by Daenerys’ journey to Khal Moro in “Game of Thrones.” Such an emphasis on Spain’s geographic sights is hardly coincidental.

When companies ask about shooting in Spain, their first two questions are locations — could it double for Afghanistan, for example — and cost efficiency, said Day. Spain scores on both accounts. On “The Crown,” Spain doubled as Athens 1967, Arizona and Australia’s outback. “Spain is tremendously diverse and it’s easy to move around. The peninsula and the Balearic and Canary Islands give you very different looks,” Day said. Shoot costs are rising, he acknowledged. That said, they are still way down on the U.S. or U.K. A high-end series in Spain can cost $2 million an episode, or less.

The battle for success in the new fiction landscape is, above all, a battle for talent. Netflix has already signed exclusive production pacts with Alex Pina and Manolo Caro, creators of “Money Heist” and “The House of Flowers,” respectively. Retaining talent is the key to the sector, Valenzuela said. “The challenge is so important that we dedicate any number of hours to discussing it.” How to achieve it? “I think it’s about creating a culture that people are attracted to, a kind of ‘magnetic’ culture, and proving oneself: Acts speak louder than words,” said Day.

All of Spain’s major players are looking to work with global streamers. That was one of the main reasons for establishing Buendía Estudios, a joint venture of Telefónica’s Movistar Plus, and top Spanish broadcast network Atresmedia. Yet “the main business for our main division, scripted, in the longterm, is to produce and keep IP on our projects,” said Secuoya Studios managing director José Manuel González. Led by “El Zorro,” to be made with John Gertz, 70% to 80% of the 14 or 15 series that Secuoya is looking to put into production over 2021-22 are Secuoya productions or co-productions, he added.

Global streamers’ future is increasingly dependent on conquering local markets, and local players have ever larger international ambitions. So the industry’s mixing it up. “There are some local players that want to have global stories and other global players that want to produce local content specifically to have that local flavor,” said Marta Ezpeleta, director of distribution, co-productions and international offices at The Mediapro Studio. “There’s no such thing as an international way of doing things and a local way of doing things,” Valenzuela agreed.

Much of the growth of Spain’s film and TV industry will be determined by its relations with the U.S. and U.K.. Mediapro runs offices in over 50 countries, 14 of which are production centers. “An idea can be generated in our offices in Argentina, sold to a global streamer for a region such as Latin America, and then be brought to Spain to shoot,” Ezpeleta said. That said, The Mediapro Studio’s banner hit to date has been “The Head,” which was set at the South Pole and backed by HBO Asia and Hulu Japan, but shot in English in Spain. It has sold to 60 territories, including HBO Max for the U.S. The Mediapro Studio’s main focus of expansion is now the U.S. and U.K., said Ezpeleta. González said, similarly, that Secuoya is in talks with U.S. producers to grow the number of films it makes and move into bigger-budget movies productions.

All of Spain’s major players are looking to work with global streamers. That was one of the main reasons for establishing Buenida Estudios, a joint venture of Telefonica’s Movistar Plus, and top Spanish broadcast network Atresmedia. Yet “the main business for our main division, scripted, in the long-term, is to produce and keep IP on our projects,” said Secuoya Studios managing director Jose Manuel Gonzalez. Led by “El Zorro,” to be made with John Gertz, 70% to 80% of the 14 or 15 series that Secuoya is looking to put into production over the 2021-22 are Secuoya productions or co-productions he added.