Venice Film Festival 2022: Eastwood, Scorsese, Spielberg and Tarantino help pay homage to the cinema giant behind classics of the genre. 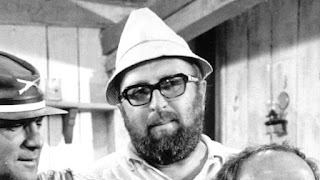 Between the pore-rich tightness of his close-ups and the mysterious, patient grandeur of his landscapes, Sergio Leone took the Hollywood-forged myths that enraptured him as a child and created one of cinema’s most influential oeuvres.

Considering Leone’s impact, from those sun-cooked, Ennio Morricone–scored westerns through the nostalgic sweep of his final film, “Once Upon a Time in America,” there’s never not a good time to enjoy a detailed, clip-rich tribute to the legendary Italian filmmaker, and now we have Francesco Zippel’s gratifying biographical appraisal “Sergio Leone: The Italian Who Invented America,” making its world premiere at the Venice Film Festival.

Cineastes who watch it should start pulling those Leone DVDs from the shelf beforehand; you’ll want them handy when the parade of praised sequences and behind-the-scenes insight is over, and after interviewee-superfan Quentin Tarantino offers up an amusing post-credits anecdote built around the shorthand he and his crew use for a shot of an extremely foregrounded, memorable face: “a Leone.”

Rome native Zippel has made a name in movie-doc circles with admiring retrospective features about William Friedkin (“Friedkin Uncut”) and Oscar Micheaux (“Oscar Micheaux: The Superhero of Black Filmmaking”), to the extent that Leone’s grown children Raffaella and Andrea supported their countryman Zippel’s quest to give their father (who died in 1989 at the age of 60) the career-lookback treatment.

The kids are onscreen interviewees, as well, with tender stories of growing up on his sets — and in Raffaella’s case, a child extra in “Once Upon a Time in the West” — and living in the orbit of an obsessive who believed, as he put it, “Cinema is life, and vice versa.” Home movies, archived interviews with Leone, and insights from the director’s biographer Christopher Frayling do their part, as well, revealing a stout, energetic virtuoso equal parts philosophical, funny, and childlike.

But what truly impresses is the roster of artist admirers giving voice to their love of Leone; Tarantino’s appearance isn’t surprising since his “genre first” aesthetic is beholden to Leone, but the list also includes Martin Scorsese, Steven Spielberg, Frank Miller, Tsui Hark, Jacques Audiard, Giuseppe Tornatore, Darren Aronofsky, and Damien Chazelle, the latter asserting that Leone’s films will be as fresh decades from now as they were in their first runs.

Collaborators show up in full force, notably Morricone (who gave Zippel his last interview before his death in 2020), Leone’s “West” co-scenarist Dario Argento, and “America” actors Robert DeNiro and Jennifer Connelly. His most famous colleague is on tap, naturally: a smiling, grateful Clint Eastwood recounting his auspicious leap from TV western actor to international movie star thanks to Leone’s imaginative “Yojimbo” reworking (“A Fistful of Dollars”), written in two weeks and realized memorably through his lead’s squint and physicality, with few words both on and offscreen — Leone spoke no English, Eastwood no Italian.

The “Dollars” trilogy — culminating in the operatic, oft-parodied, never-improved-upon showdown that concludes “The Good, The Bad and the Ugly” — heralded a visionary playfulness with the tools of mythmaking and moviemaking, enough so that Tarantino calls the films “the beginning of modern cinema,” while Tornatore considers Leone’s visual storytelling in kinship with the silent era’s masters. Zippel orchestrates from his interviewees some fun wonky dives into the manipulative breadth (and humor) of his craft: the sounds and soundlessness, Morricone’s narrative sense of music, and Leone’s inspired casting, as with Henry Fonda as blue-eyed evil in “West.”

The director’s 1972 extravaganza “Duck You Sucker” is treated, appropriately, as a flawed diversion into a more message-minded history, but much is made of the generations-spanning “America” as the pet project that consumed him emotionally and, considering its mistreatment by Warner Bros., perhaps even broke him. From inside a drawn-out year of shooting, DeNiro sensed that Leone — who had carried the film in his head for more than a decade — didn’t want to let go of it, and it’s one of the more revealing and poignant observations in “Sergio Leone: The Italian Who Invented America.”

It’s even understandable, if we think of our awe at this filmmaker’s gifts in line with the love he felt deploying them: As with one of the filmmaker’s classically protracted sequences, where a dreamlike past is made newly tangible, and a worrisome future seems magically on hold, who would want such enchantment to end?